I finished my 21st sketchbook today with two sketches in Brighton.

First’ ‘Pen to Paper’ from the Flour Pot Bakery on Sydney Street. 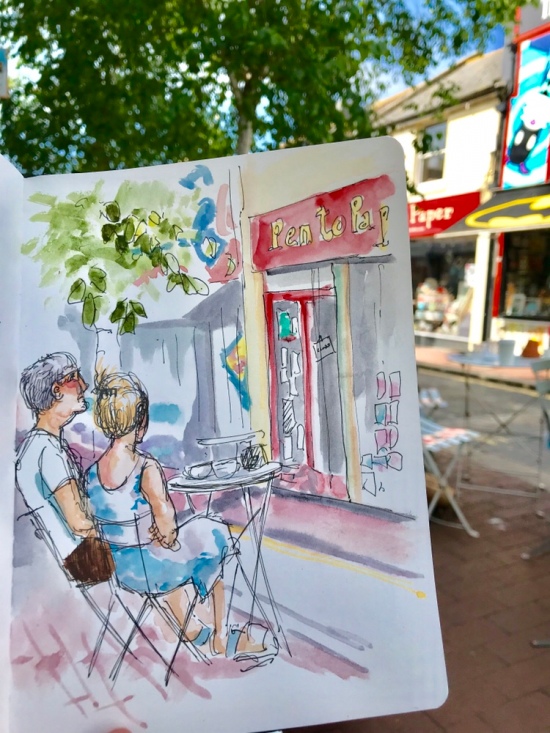 Followed by Jersey Street in Hanover. 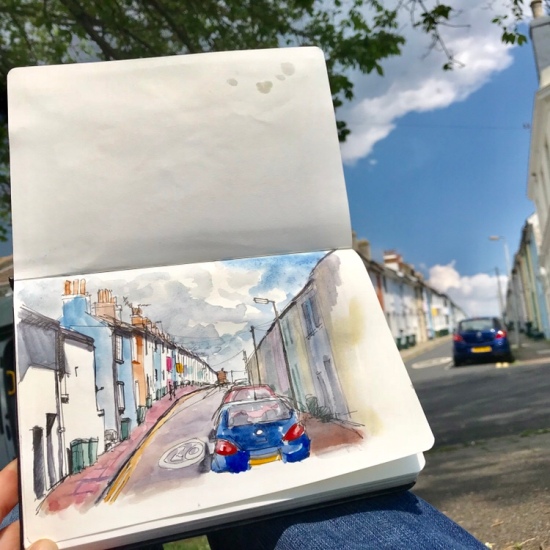 Filling a sketchbook can come with a sense of achievement, but it can also be a bit sad, filing away all those memories of the past few months.

I decided to get that difficult first page out of the way with a sketchbook trip down memory lane. The bottle of Bombay Sapphire is just for scale. Honest. 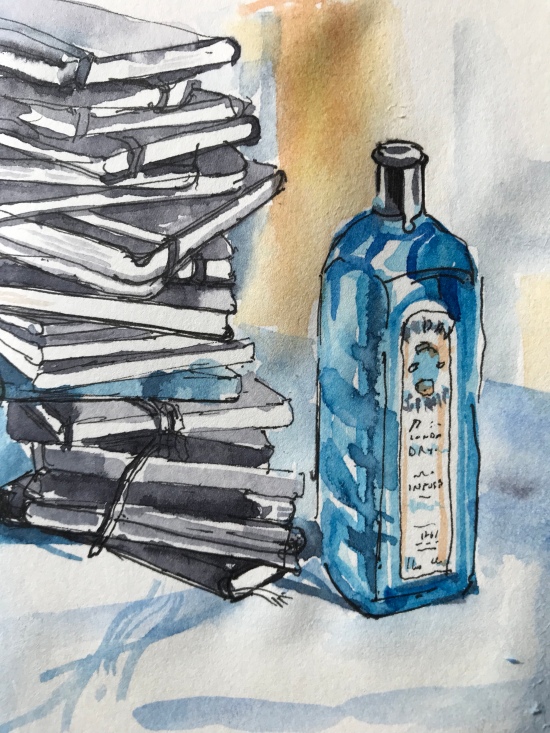 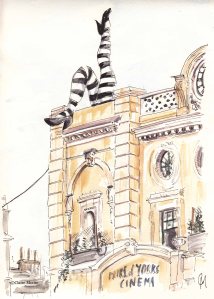 The 2013 Cinecity Brighton Film festival kicked off on the 14th November and runs to 1st December.

Venues include the fantastic Duke of York’s picturehouse. This Grade II listed building has been operating as a cinema for over 100 years, making it the oldest cinema in continuous use in the country.

The 20 foot can-can legs were originally made for the ‘not the Moulin Rouge’ cinema in Oxford, but were relocated in the early 1990’s.

The festival is also running at the Duke’s sister venue “Duke’s at Komedia” in the North Laine. 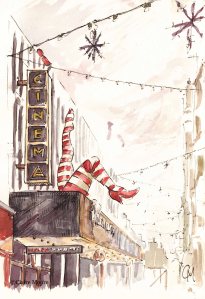 Both cinemas have a bar, so if you like your film washed down with something stronger, this is where to go. For an extra special treat, throw in some cake and lounge on a sofa in the balcony at the Duke of York’s.

You can pick up the full programme for the festival at the Jubilee Library in Brighton or visit www.cine-city.co.uk.